Don't miss THE LINEUP every Tuesday!

CLICK HERE for tickets to THE LINEUP with Susie Mosher at the brand new BIRDLAND THEATER in midtown NYC! 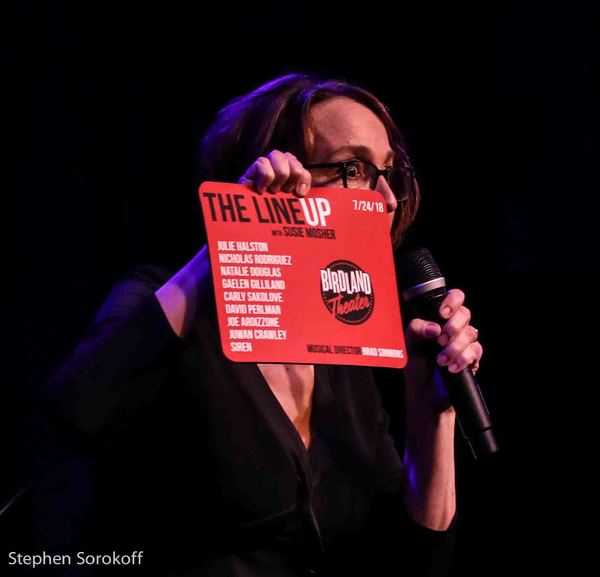 BROADWAYWORLD - There's a new cocktail being served up at the Birdland Theater, and based upon it's debut last night, folks will be lining up to get into (or should I say down to the euphoria). It's being served up at the new venue underneath the legendary Birdland Jazz nightclub.... the Birdland Theater. A mixture of a twist of Jim Caruso, a whole lot of Susie Mosher, a big dose dose of major talent, stirred to create a great new entertainment experience for hip New Yorkers "The Lineup" is hosted by Susie Mosher. If you dig Caruso (and who doesn't), wait till you watch Susie Mosher in action. She has Jim's witty self deprecating sense of humor that goes well with her talent for weaving improvised spot on songs which produce spontaneous hilarious fun in her variety show... .Read more 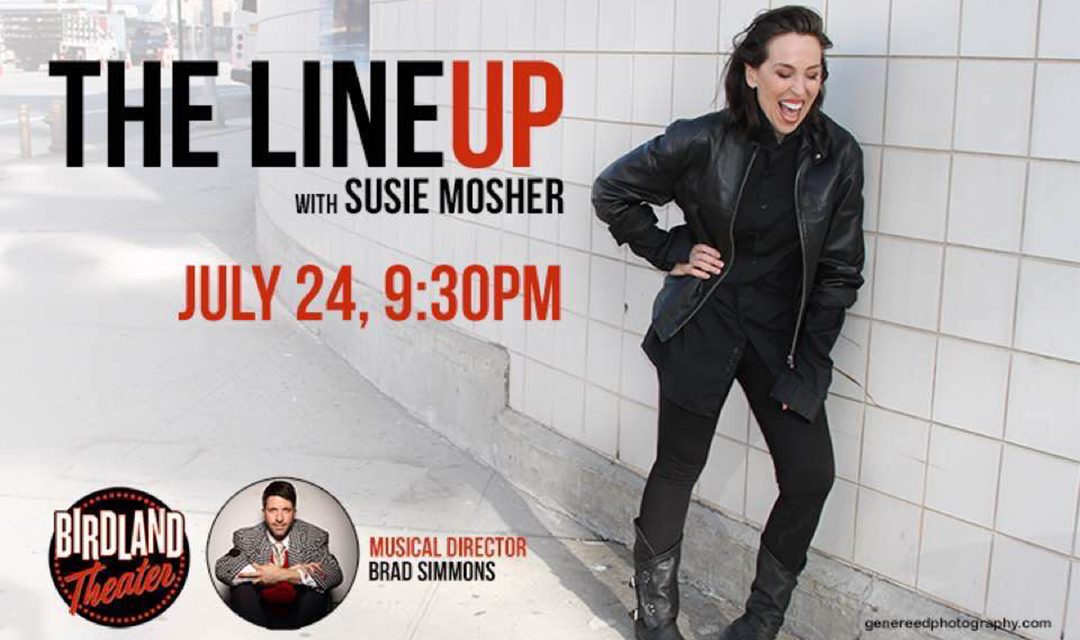 FRONT ROW CENTER - New York’s newest music venue is inside one of its oldest. The 100-seat Birdland Theater opened this month in the renovated downstairs of the Birdland Jazz Club, that 68 year old Manhattan institution on West 44th Street (with prior homes on W. 52nd  and W. 105th). Marilyn Maye and Anita Gillette. And bursting its way through the schedule like a twice-monthly display of fireworks, comes a new revue called The Lineup. Consider it the brat sister of Jim Caruso’s Cast Party, the long running songfest that plays Birdland’s main room every Monday. But instead of Cast Party’s open mic approach, The Lineup has a hand-picked roster. And instead of the sly and suave Jim Caruso, The Lineup is hosted by the risk-taking and hilarious Susie Mosher... .Read more